My alarm went off at 5:30am but I didn’t get out of bed until six because it was really warm and the wind was super chilly. I ended up with all my things packed up and ready to go by 6:30. Not good but it’s better than 7:40. 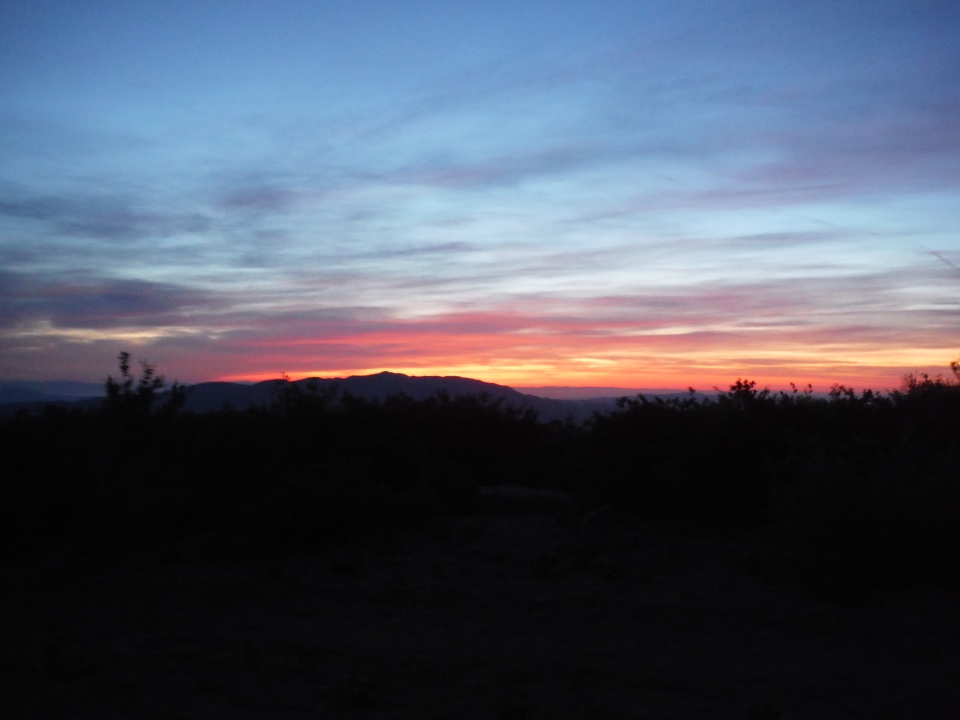 As I was putting on my pack and a guy named Cody (not my brother) passed by. While I was looking around for other stuff to put in my pack, he came up and said “Don’t be scared.” Before he finished the sentence I yelped because I thought I was alone.
After an hour or two of walking in the wind we met up again at the water source at mile 59. He told me that he’s from Tallahassee. He said since he’s from Florida he is coping well with the heat. I wish I was that lucky.
Today was windy! I loved it. I was cool most of the time while walking and it was refreshing. Sometimes it was so strong that I had to walk into the wind and it held me and my fat pack up. Seriously strong wind.
There was a very long descent down a hill before noon today and it took me so so long to get down because my feet hurt  worse going downhill. Also the path was very rocky and I want to be careful not to twist my ankle. I got down to the bottom of this big hill and decided to take a break, rest my feet and eat a snack. While doing this I saw a guy just fly down the trail that took me forever to do. I said that to him when he hit bottom and he said “yeah, going down is the easiest part.” Not true I said in my head but I agreed with him because it should be the most enjoyable part of the trail but for me right now it is painful. His name is Adam and I wish him all the luck.
Everyone passes me by and I never see them again. I’m that slow. I might see people that took a few days off for kickoff but they will soon pass me again.
I got lost for a bit today. PCT hikers take a road at mile 64 to the trail and I walked right past the sign for the turnoff for the trail. I turned back after realizing I wasn’t seeing any footprints. I put my iPod away because I think it distracted me and I was cursing myself for being so stupid. It actually took me a while to get me out of my pity party. I have to remember that shit happens and to deal with it better. 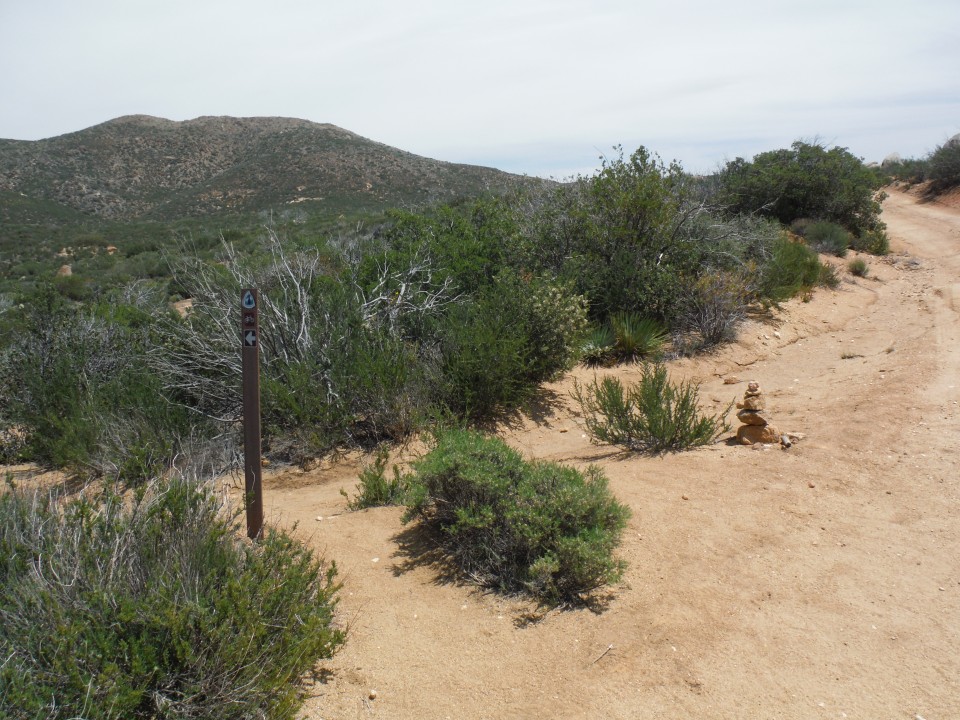 I walked on cliffs for the rest of the day and three guys passed me up during this time. Two beardy guys named Dewey & Masshole and one non-beardy guy named Tyler – who agrees with me that wind is awesome. 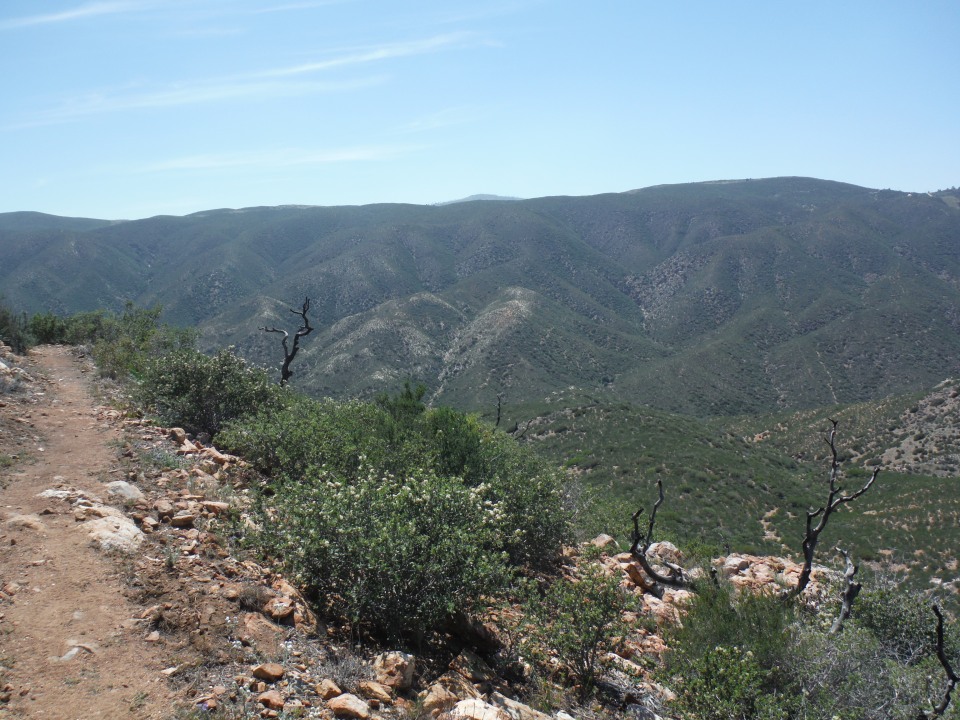 I arrived at the next water source to find them sitting around. I filled my Gatorade bottle with water and sat with them to chat. All three are really funny. Masshole said he had Plantars Fasciitis on the Appalachian Trail in 2012. He told me that I should take duct tape and wrap the middle of my foot to create an arch. He said it will eventually go away after a month or two. I may try the duct tape trick tomorrow but I’m not sure how well it will work. 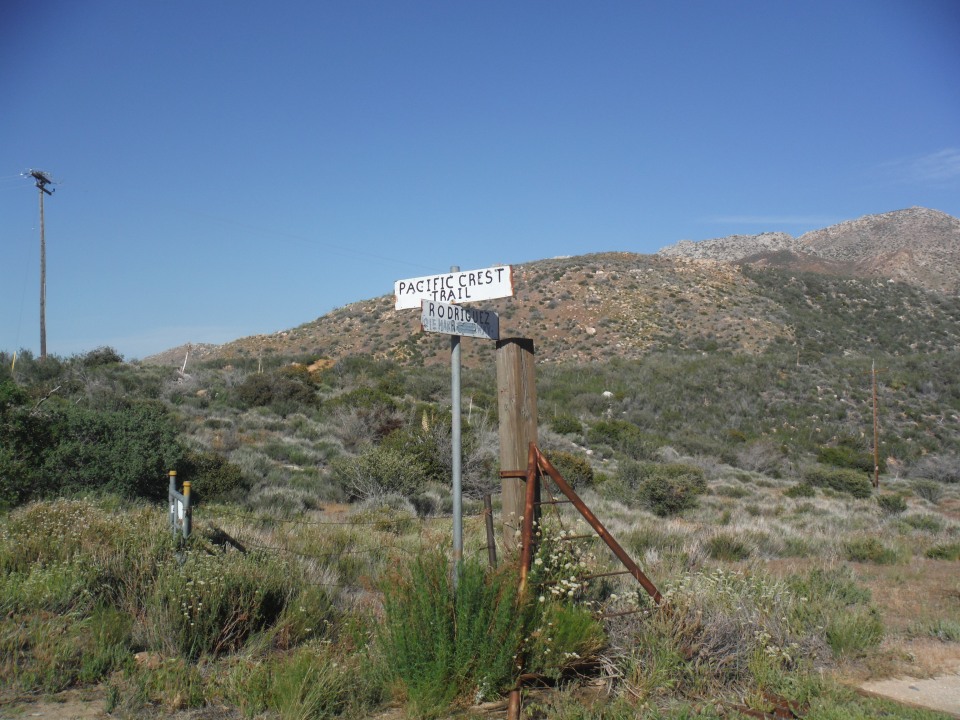 After sitting around for an hour more people arrived, including Whitney and Jen, at the water source for water and to camp. I scouted an okay flat space to put up my tent. It is really sandy and my stakes come out easily. I’m just going to let my rain fly flap around all night. I’m sure that I’ll be able to sleep through the noise.
It has been almost 3 days since I’ve seen Cody. I’m not sure where he is and what he’s thinking. He could be ahead of me or behind me. I’ll know where he is when I get to Warner Springs and if his resupply box is there then he is behind me. I can’t get him on the walkie talkie otherwise I would feel better. My worry isn’t that he’s hurt but that he’ll quit because he doesn’t have any maps or water source list. I’ll see what I can figure out tomorrow in Scissors Crossings.
I’m going to listen to some podcasts before sleep time. Night everyone.